The Peterson Ridge Rumble is a local race put on as a fundraiser for the Sisters High School Cross Country Team. They have a 20 miler and a 40 miler (although due to the fires this year it was a 35 miler). It is a Bend favorite and known for the low key vibes, beautiful views and the fact that you can run the 20 miler with your pooch. This year they had a whopping 88 dogs registered!

Vilas (my adopted pooch of 2 years) and I toed the line together this weekend for the very first time. It was such a special experience. The start line is a bit hectic with humans and dogs bunched together on a small-ish trail but by mile two the the race opens up to a gravel road where we were able to go off leash and find our groove.  We stopped at aid stations together where they had dog treats and dog water bowls (as well as human snacks and water).

At the top of the course the mountains were socked in but we were treated to a colorful rainbow. Vilas and I have run these trails together many times but there is something extra special about racing them. We cruised back down to the school passing a few doggie competitors and cheering them on as we went! We crossed the line together and Vilas was greeted by her best dog friends who came to watch her first race ever!! She also didn’t really seem tired and was ready to play a game of fetch the pinecone while I, on the other hand, was laying face down in the grass trying my best to play it cool and act like my dog isn’t faster than me. 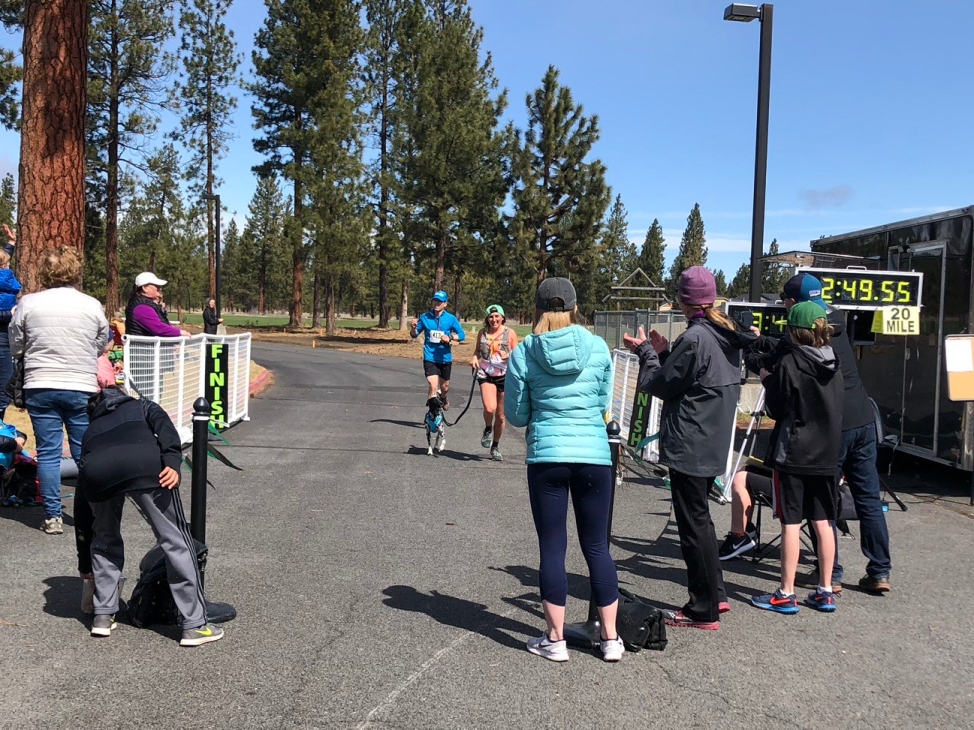 Human finishers received a pair of socks and the dogs each received a pig ear. There is speculation that we were the first female runner with a dog to cross the line (first bitches as I like to say) but we are still waiting on final results